What got us here won’t get us there

Here’s why: as my friend Holli Alexander at Eastman wisely noted, Mother Nature has sent us to our rooms and stripped us of so many privileges that we thought we couldn’t live without but that she needs us to live without – driving, flying, even meat-eating. And indeed, there are reports out now showing that our CO2 emissions since the beginning of this year have dropped by 17% compared to last year. But there are also reports saying that it’s not enough. The prediction is that by the end of this year we will have reduced emissions between 4.4 to 8%, but we need to reduce emissions by 7.6% every year between now and 2030 to keep temperatures from rising by 1.5 degrees Celsius and avoid the worst impacts of climate change.

Said another way: we’d have to stay in the kind of devastating lockdown we’re in right now, with skyrocketing unemployment, to actually save the planet.

That, obviously, is untenable. Which is why corporate sustainability needs to change.

Companies – and, obviously, governments – need to radically reimagine the future and their very real role in both preserving the planet and society. And they are linked, by the way; it’s not a forced choice. If we choose to simply get people back to work and not deal with climate, eventually climate change will devastate society as we know it. And, besides, what COVID-19 has pulled the curtain back on is just how fragile and unsustainable our society really is for most people.

We published some insights last week that begin to peel the layers back on market expectations. We’re seeing what used to be fringe ideas about radical change and about blowing up our current system creeping into the mainstream. In short, what we’re seeing in the narrative we’re tracking in social media is something like this: “We’ve all been forced to make changes we didn’t think possible. And amid unbelievable hardship we’re doing it. But we are simply individuals playing out the cards we’ve been dealt. Big companies have such a larger impact on people and the planet, and they should step up. They should make a little less profit and pay their executives a little less and use that extra money to help people and the planet.”

I found some graphs that make that point (and, yes, there are likely also graphs that make the opposite point). The story in the numbers is that from roughly 1950 to 1980, average corporate profits were a little over 6% and CEOs were paid about 30 times more than the average production worker. Also during that time, real income growth for ALL Americans was about 80%. In other words, companies were profitable, just not as profitable as they are today. CEOs made a lot of money, just not as much as they do today. But we invested in people and society and didn’t have the yawning, resentment-producing gap between the top 10% and the remaining 90% that we have today.

Coming out of COVID-19, we have an opportunity to invest in people (access to job training, education, health care), infrastructure and climate solutions in a way that, yes, might bring profit and executive pay levels down to levels from a different time, but we’d solve so many of our social ills and create a country that’s truly “in it together.” AND this kind of shift would align with what consumers now expect from companies, allowing those companies to build brand favorability and thrive in the future. The sticking point, it seems, is Wall Street – how can we get them to shift their expectations so that executive teams can make the bold decisions that need to be made?

This is a marketing and messaging problem that can be solved. With the right approach, I think Wall Street can embrace the idea that political upheaval, societal unrest, and climate change are bad for business and create an uncertainty that they don’t want to deal with. I also think if the CEOs behind the Business Roundtable’s redefinition of the Purpose of a Corporation are serious about stakeholder capitalism and jump in together, companies can begin to invest serious dollars in fixing society’s biggest challenges. That means we’ll likely see profits decrease a bit. But we’ll create a world of opportunity for our children and grandchildren – and that opportunity can and will lead to thriving companies and a stable environment.

We CAN hold the line at 1.5 to 2 degrees. We CAN solve society’s biggest problems. But it will take courage and unity from the world’s CEOs to spin their innovation and profit machines in this direction, and it will take everyone working in corporate sustainability to push hard in this direction and stop settling for incremental improvements that won’t get us where we need to go. The birth of the pandemic brought on the decline of manufacturing, travel, and other major pollution drivers, and the positive and rehabilitative effects on the climate have been staggering. What kind of impact is this evidence, combined with the new economy, having on sustainable investing? Forbes contributor, Georg Kell, asks questions like, “Will the desire to build more resilient markets supercharge economic nationalism and protectionism and lead to massive efficiency losses?” and, “Will social norms and consumer preferences be changed by the pandemic?” Get the answer to these questions and more in the article. Read the article. In addition to the suffering caused by COVID-19, populations all over the world have been suffering at the hands of catastrophic storms and natural disasters. Somini Sengupta of The New York Times writes, “It (has) all served as a reminder that the coronavirus pandemic, which has killed 325,000 people so far, is colliding with another global menace: a fast-heating planet that acutely threatens millions of people, especially the world’s poor.” This week, the United Nations Development Program warned that global human development … was set to decline this year “for the first time since the concept of human development was introduced in 1990.” Unfortunately, much is needed beyond a continuous lockdown-level of pollution decline to make a real impact on climate change … a level of impact that would genuinely help protect vulnerable populations into the future as we embark, eventually, into a post-COVID economy. Read the article. 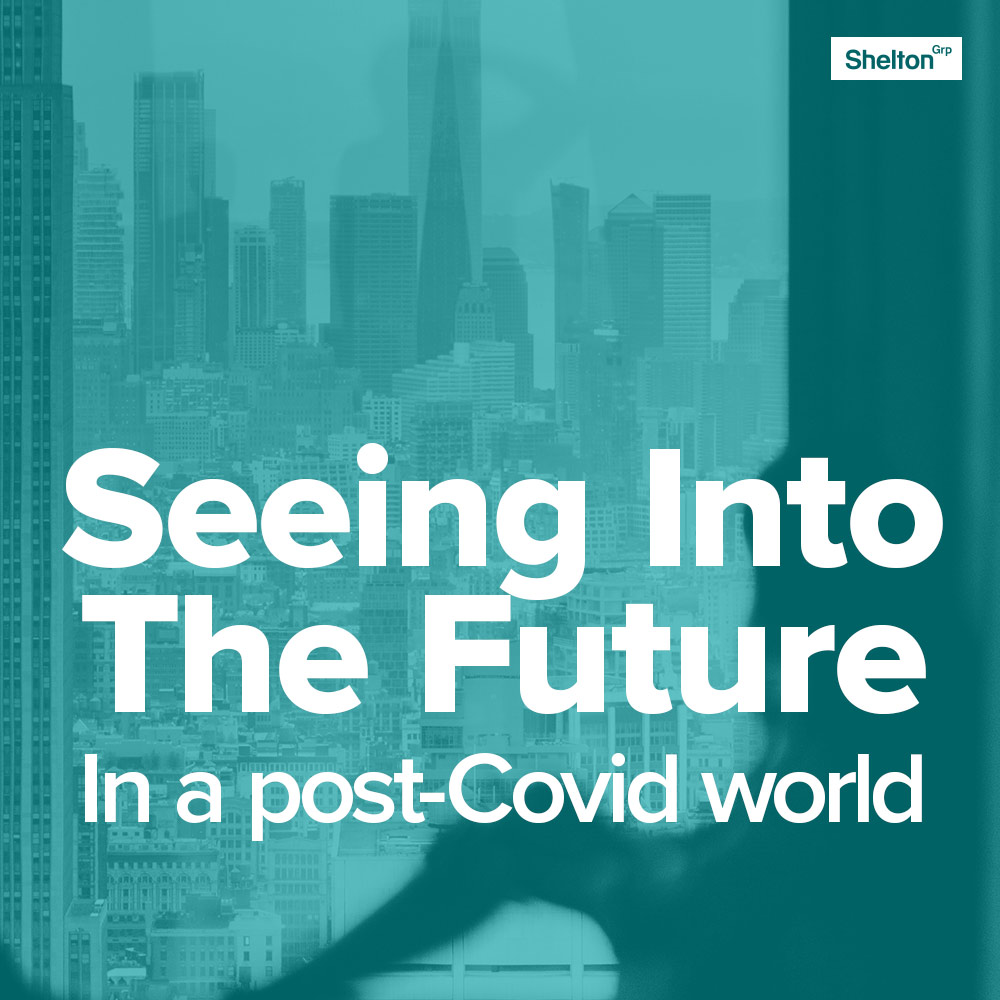 How to build a resilient brand in a post-COVID world
Words matter. But actions matter a whole lot more.