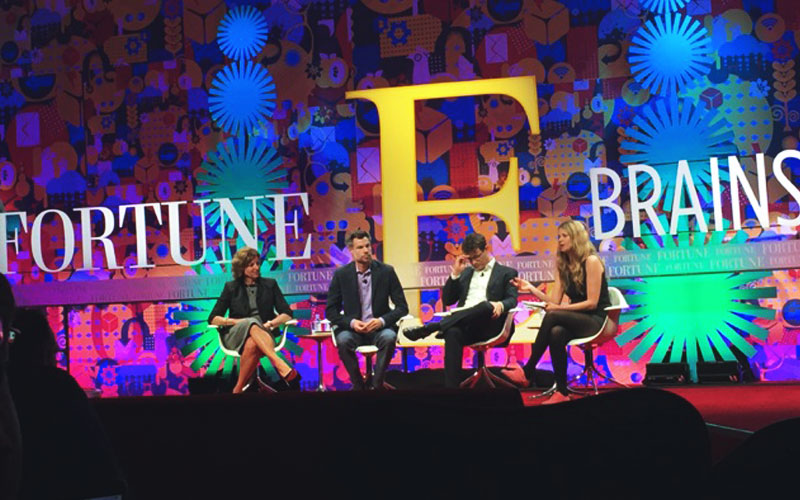 I’ve spent the last two days holed up in a dark hotel ballroom with executives from a variety of traditional and start-up companies talking about energy, water, food, climate change, and what we’re all going to do about it. At the end of Fortune Brainstorm E, Allan Murray, the editor of Fortune, said something like, “I’ve never felt both so optimistic and so depressed at the end of one of these.” That’s how I felt as well.

On the one hand, people much smarter than I who deeply understand science and economics essentially said that even if we unleashed new technological innovations today, and got the world to a 100% renewable energy reality today, we probably still couldn’t stop the 2 degree Celsius temperature rise which has been acknowledged to be the disaster tipping point for our world. (And it’s a disaster in slow motion: according to Steven Chu, the former U.S. Energy Secretary, that temperature increase will mean a 6-9 meter rise in sea levels over about 200 years, which will wipe out land that about 10% of the world’s population lives on. And “slow motion” means it’s difficult to motivate companies and governments to do anything about it quickly vs. if we wiped out a swath of the world’s land overnight. THEN we’d all freak out and do something immediately.)

On the other hand, folks from the tech sector said things like, “Look, we couldn’t have imagined an iPhone in 1999 and the impact that would have on our lives.” So, essentially, it’s possible that there are technologies being developed right now that could dramatically change the game.

In either case, I walked away with seven insights into how to change things for the better (with a marketing and messaging slant, since that’s Shelton Group’s role at the table):

If you attended the Fortune conference, let me know your takeaways. I’d love to compare notes.

← SEO and Sustainability: Do Your Green Search Terms Make the Cut? A Tale of Two Crises →
Skills

SEO and Sustainability: Do Your Green Search Terms Make the Cut?
A Tale of Two Crises