21% of consumers say if a company treats their employees well (e.g., fair wages, safe working conditions, etc.) that is one of the most important things that positively impacts their purchase decision. – EcoPulse 2018

A lot of firms are doing polling right now to understand how people’s lives are changing in the midst of COVID-19 and to understand their perceptions and expectations of the institutions we all typically rely on. Edelman, which fields an annual global study (the Edelman Trust Barometer) to measure trust in institutions – government, NGOs, business and media – has conducted a special version of that study to see how those institutions are faring on trust in the midst of the pandemic. Here are a few stats (global averages) worth noting:

This aligns with sentiment reported in their regular 2020 study, which revealed that none of the four institutions are trusted, largely because of “people’s fears about the future and their role in it.” It also aligns with our annual trending data. Bottom line, we expect companies to stand for something more than making money, and it had already become a regular habit for the Early Adopters on the Rogers Adoption Curve to put their wallets where their values are. COVID-19 is likely the event that pushes that behavior well into the Early Majority.

At Shelton Group, our interest is in understanding how this very big, deep cultural crisis will shape expectations of companies as it relates to their ESG efforts. In other words, how will we expect companies to behave towards people and the planet (and their own governance) as a result of what’s happening now, and how will that drive our willingness to work for and buy from those companies?

We haven’t fielded one of our annual Pulse polls (yet, that’s coming soon). One of the challenges with any polling, ours included, is that we’re prescribing a set of answers for people to choose from. The answer some people may want to give may not be on the list. Or maybe there’s something deeper going on that they don’t even know how to articulate yet, and we didn’t know how to capture it in an answer set. Thus, we’re spending our time right now on social media, specifically with what we’ve typically called “fringe consumers.” Fringe consumers are folks most of us might consider “out there” who espouse ideas many of us would dismiss out of hand. The idea is to try to see what fringe beliefs could become mainstream beliefs, expectations and actions. For example, five years ago fringe consumers were freaked out about plastic in the ocean, concerned not just about befouling natural resources, but about the impacts on human health. Nobody in the mainstream was talking about that, but four years later we all were – and 33% of Americans were actively avoiding buying products packaged in single-use plastics because of it.

Thus, right now, rather than asking questions, we’re tracking and capturing what fringe consumers are saying on social media and working to ascribe broader meaning to those sentiments and make predictions about what could “stick” and become mainstream. On May 7 at 1:00 EDT, we will be sharing what we’re seeing – the sentiments, beliefs, expectations and actions – what it means, and our advice on how companies can best respond now and thrive as organizations that people want to buy from and work for in the future. We’ll be sharing this via the wonderful folks at GreenBiz, and Joel Makower will be doing what he always does – asking us thoughtful questions about our conclusions to take the meaning even deeper. You can register for the webcast here.

If you attend the webcast, you’ll get access to a complete report, which we’ll also make available broadly the week after. I encourage you to listen in and download the report, because what we’re seeing has major implications for us all. Flowing from the distrust Edelman noted pre-COVID, and the expectations we noted about companies taking stands pre-COVID, we predict a push towards a giant rethinking of our current system. Think French Revolution, only the “blood” will be on the balance sheets of companies that refuse to change.

As I’ve reviewed the comments and insights we’re gathering, it’s occurred to me that many of us in the sustainability community are indeed “fringe consumers.” We’ve long talked about how we aren’t really practicing capitalism since the real costs – the social and environmental costs – are not accounted for on company balance sheets. We’ve long talked about how difficult it is to truly be a “sustainable brand” since business success is defined by driving more sales of more stuff. Personally, as a Southern woman, I’ve worried that we can’t really claim our current system is working any more than the Old South could claim that – what made that old system work was horrifyingly free labor. What makes our current system work is cheap labor and near-free environmental pillaging.

What we’re seeing in our data is that our fellow citizens are starting to get on to this idea as well. And we think it could become mainstream. And that means the companies that will survive and thrive in the future are the ones who help lead the giant rethinking of the system. The companies that get involved – in demanding a much higher-but-level regulatory playing field, in paying a living wage, in valuing stakeholders equally with stockholders – are the ones that will be resilient through this crisis and the crises that will keep coming. Involvement is resiliency. Mission statements are meaningless when, in the face of a crisis, companies who claim to care prioritize profits over people. Mark Kramer shares that “Research suggests that people only truly believe that their company has a purpose and clear values when they see management making a decision that sacrifices short-term profitability for the sake of adhering to those values.” What can your company do to communicate its purpose and value during this time? Kramer shares several ideas in this article (and they don’t cost much). Read the article. The Coronavirus Downturn Has Highlighted a Growing Investment Opportunity — and Millennials Love It. – CNBC

Consumer investing tells us a lot about consumer values and priorities and companies should allow these investing behaviors to steer their communications strategy. Even deeper than that, though, companies should allow themselves the opportunity to make integral shifts based on these insights in order to secure their position in the market, and in the minds of its consumers, long-term. Karen Gilchrist at CNBC’s Make It writes, “Sustainable investments — those focused on companies with strong environmental, social and corporate governance (ESG) principles — outperformed their conventional counterparts in the first quarter of 2020, even as the outbreak sent markets crashing.” Interested in understanding ESG investments? Read the article. 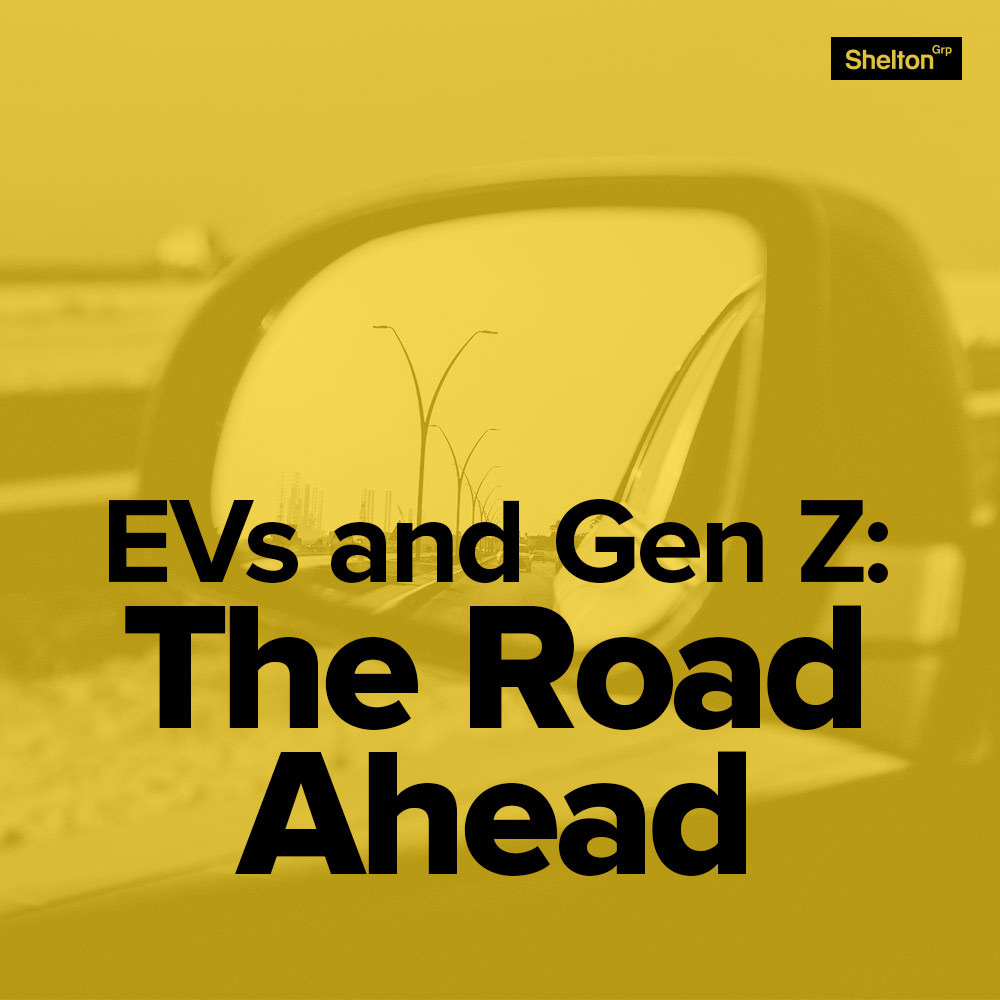 Gen Z is Surprising Us Again

In our latest Energy Pulse™ study, 13% of Americans reported that they’re interested in buying an electric vehicle – up from 8% in 2018. But even as interest rises, charging stations proliferate and battery capacity grows, the barriers to buying EVs persist.

One generation, though, isn’t thinking so much about the barriers. Gen Z is already thinking about what comes after EVs as we know them today.